This model is a highly simulated SpaceX heavy-duty Falcon Block 5 rocket model. The three first-level rockets are made of precision aluminum alloy tubes, and the rest of the rocket materials are made of high-quality imported resin-with excellent laser forming capabilities and long-lasting preservation

12.5 inches+ 0.8 inches This ratio is the best choice for desktop placement

Weighing more than 3.1 million pounds and able to carry up to 140,000 pounds to low-Earth orbit, the Falcon Heavy is currently the most powerful rocket by a factor of 2. Only NASA's Saturn V, that flew Apollo astronauts to the moon was stronger than the Falcon Heavy. This FH rocket lamp might not be as powerful as the actual Falcon Heavy, but it is a more practical alternative for your living room ;-).

Falcon Heavy is the most powerful operational rocket in the world by a factor of two. With the ability to lift into orbit nearly 64 metric tons (141,000 lb) Falcon Heavy can lift more than twice the payload of the next closest operational vehicle, the Delta IV Heavy. Falcon Heavy is composed of three Falcon 9 nine-engine cores whose 27 Merlin engines together generate more than 5 million pounds of thrust at liftoff, equal to approximately eighteen 747 aircraft. 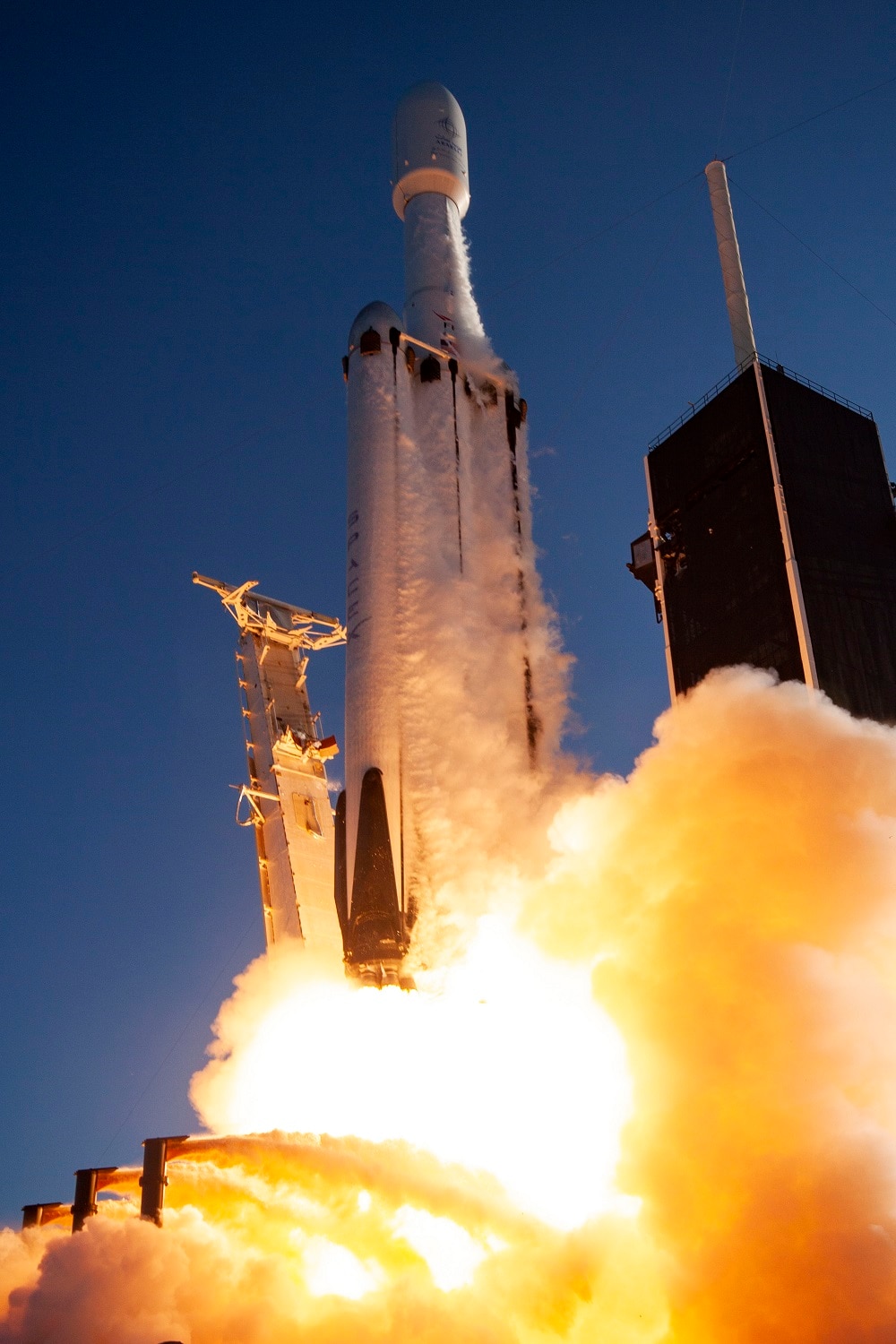